Uranium 101 | Is my Drinking Water Safe? 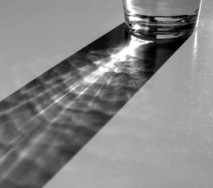 Maine home water supplies are susceptible to a long list of naturally occurring contaminants that can find their way into a home’s drinking water. Arsenic, Radon and Bacteria are a few that receive a lot of attention- especially when buying or selling a home.

But today, more and more Maine homes are being tested for the presence of Uranium, and quite often home sellers, buyers and realtors alike find themselves caught off-guard when the issue presents itself.

Uranium is a naturally occurring element which is found in almost all forms of soil, rocks and water sources. Uranium is a tasteless, colorless, odorless carcinogen- undetectable without proper testing.

Over time rocks laden with Uranium break down through natural environmental processes. Eventually these rocks are converted into soil which then redistributes itself into our above and below ground water supplies.

Once present in our watersheds, it’s only a matter of time before Uranium finds its way into private wells.

Is my Water Safe if it has Uranium?

According the EPA, persons in-taking Uranium amounts exceeding EPA standards (for water- 30 ug/L) are at a higher risk for cancer, liver damage, or both in certain cases.

Long term chronic intakes of uranium isotopes in food, water, or air can lead to internal irradiation and/or chemical toxicity.

For more information on Uranium and related health risk concerns we recommend visiting:

-The EPA: Radionuclides in Water

-The State of Maine: Uranium in my Well Water

“We started initially hearing about local Uranium concerns back in the early eighties” says owner of Ward Water, Charlie Ward. “Well before there was any real sense of public  awareness , school municipalities began contacting our office with questions about testing and treatment.”

“Over the next decade we began installing large scale Uranium systems in schools throughout Maine, including towns like Baldwin, Fryeburg, Lovell and Denmark. It wasn’t until the late nineties and early-mid 2000s that residential home owners began inquiring about Uranium concerns.”

In time we slowly started receiving more and more inquiries about well water Uranium in residential homes- mostly as a result of home purchases & sales.

To date, areas such as Scarborough, Naples other scattered pockets have at times been found to have areas higher in Uranium than other parts of the state.”

Due to health consciousness in today’s homeowners, public awareness of health related water contaminants, such as Radon or Arsenic, typically take root and develop into a main stream concern as a direct result of transactions in the residential real estate market.

Nearly half of all Maine homes receive their household water supply from a private well. Because the EPA’s regulations for protecting public drinking water systems don’t apply to residential homes, homeowners are more or less on their own for making sure their well water is safe to drink.

This is where the real estate market plays a crucial role.

“Most homeowners and home buyers simply have very little idea as to what to test for in their existing home or the new home they’re looking to purchase. When you purchase a home, there’s just too many details for any one person or even a couple to reasonably keep track of.”

The more prepared and knowledgeable a home buyer, real estate broker or home inspector is the more likely it is that water related concerns will be caught well before closing.

It was only just in the last 5-10 years that Radon and subsequently Arsenic became mainstream testing concerns when buying a home.

Today they are the norm and are expected by most Realtors and home buyers at time of purchase. It would appear that soon Uranium testing will be considered just as important to Maine home buyers.

According to Bill Sargent, Manager at Northeast Laboratory Services in Portland, the last couple of years have shown a significant increase in requests for Uranium water testing. “We’re seeing more and more home inspectors requesting the Uranium test in addition to the traditional tests performed when someone is purchasing a home.”

If you are a Realtor or homeowner that has concerns about the possibility for the presence of well water Uranium, as always we strongly recommend having the water tested.

Tests are simple and affordable, typically averaging around $30, pending upon the testing facility performing the analysis.

Feel free to contact us if you have any questions and we’ll be happy to offer recommendations for testing facilities and/or possible treatment methods.

About the Author: admin